Why Sharing your Spiritual Awakening Stories is Important 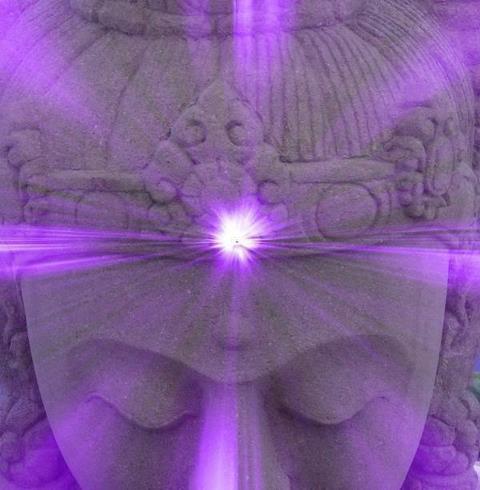 Many people have profoundly deep spiritual experiences yet don’t share them for fear of being considered different, or even “crazy”. A participant in my Divine Human Program just told me that after one of our classes, she had several days of great existential experiences, including feeling timelessness, seeing luminous light beings around everyone, and great waves of bliss and love. Yet she hadn’t shared it right away, even in a deeply spiritual setting, for fear of being judged, or perhaps even more painful, her own fear that it may not be “real.”

Personally, after 23 radio broadcasts on World Puja network, I am just now sharing my stories of spiritual awakening and realized how important it was not to just present where I am now, but where I was and how it all started for me.

Shortly after my father succumbed to lung cancer, I went to a gathering where a spiritual teacher from India was chanting on a video in Sanskrit. I couldn’t understand a word and started to become frustrated. But every time her eyes met the camera, I got butterflies in my stomach, like when you are in grade school and the boy you like passes you a note. It was the same when I met her in person. Being near her, I felt all tingly.

Within a few months I attended an intensive, where the guru bestows the blessing of “Shaktipat”— awakening the dormant spiritual energy “coiled like a serpent at the base of the spine”. They described many different ways this could happen, but nothing did. Except that I felt giddy in love.

I went back to Washington, DC where I practiced law and entered a kind of lucid dreaming state. “Then I saw her face… and I’m a Believer!” (this part you really should listen to the audio!) A beam of light came from between her brow, or Third Eye chakra representing the inner vision, and zapped me in the same place between the brows, and I slipped into the deepest meditation and remembered nothing else.

When I awoke hours later, I felt entirely different, like my whole life had changed in that split second transmission. I felt brand new, totally alive, and beyond excited about what else was possible on this path I just discovered. Kind of like discovering the world was not only not flat, but it wasn’t the only world! There were endless unexplored realities brimming with adventure and I had just started the trek. This was a classic Shaktipat awakening.

No Words or Context

Aside from the fear of being judged, part of the problem with sharing these spiritual experiences is there are very limited words to express these new subtle realms and energetic experiences. It is almost necessary to create a new language, which is why many spiritual paths and traditions seem to have their own code words that newcomers can’t understand at first.

It can also be such new territory that there is no context for the experience. For example, a well-known Indian spiritual master, Muktananda was meditating and began to become very heated. Internally, it felt like a fire was lit in his abdomen. He was burning up. So he opened his eyes, and he perceived his hut was on fire. He ran outside, and the fields surrounding him were all ablaze. He ran screaming FIRE! FIRE! And it took a long time for the villagers to cool and calm him down and convince him they were safe. But he still could not make any sense of what had happened.

Lo and behold, the house he was recuperating in had a small obscure book which opened to a page describing exactly the meditation he just experienced! The purpose was to ignite the fire of yoga within, and burn away all impurities. This was one of his final initiations in his journey of enlightenment.

He vowed to write down all of his experiences, especially the really strange and intense ones, in a book entitled the Play of Consciousness, so that others on the path would find comfort and explanations for these out-of-the-box events. It is also why many teachers encourage satsang, or being in the company of those who seek the truth, so that you are supported along the way.

Many times what I find I offer my students is validation of these spiritual experiences. They tell me their stories of trippy meditations, of miraculous energy healing, and of amazing connections with Spirit. Nearly every single person — man, woman and child — that I have worked with will describe a situation that they haven’t told anyone else ever.

Experiences of expansion beyond the body, tingles all over, and being bathed in great Light. Tales of feeling kitty footsteps across the bed after their cat crossed over. Or feeling the fur cuddled against their arm. Hearing their departed dog barking. Or seeing a cougar in their cage weeks after transition.

Each person’s rational mind invariably kicks in, doubting it even as they speak, wondering if they really witnessed these phenomena and secretly hoping for validation. Because somewhere they know what they felt, saw, and heard but don’t know who to share it with that will truly listen without judgment. And perhaps will even acknowledge a similar strange spiritual experience.

The best part about sharing these spiritual stories may be that it gives someone else permission to be who they are. To stop playing small and doubting themselves. To claim their light and connection to Spirit, and all the wonderful mystical mysteries of life.

So, I invite all of you to come out of the “spiritual closet” and share those zany, wonderful, magical mystical experiences you haven’t shared with anyone. Yet. You are in good company. You are in satsang here, in the company of the truth seekers. Who knows who you may inspire and empower? Blog on!