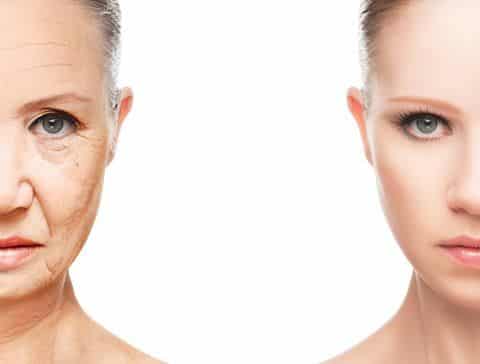 “Getting older is inevitable. Aging is optional.”
–Dr. Christiane Northrup, ob-gyn and author

Energy healers are not the only ones speaking about the possibilities to transcend ordinary life experiences, even the inevitability of aging. Medical doctors like women’s health expert Christiane Northrup declare that getting older need NOT be a gradual decline into dependence and dementia, as most diseases are not inevitable or even genetic.

Your brain and mind are designed to continue to grow and develop for a lifetime. Many scientists believe that humans could live for centuries. For example, the best tango dancers are the oldest, just as great musicians and conductors tend to be over 65! Northrup and I have been teaching that your state of health is intimately influenced by your thoughts, emotions, and beliefs– areas over which you have some control.

What if it was more than attitude and belief that you could exercise some control over? Great sages of all traditions have experienced extreme longevity as they master higher states of consciousness. What if your very energetic alignment could be shifted out of the influence of this phenomena we all consider part of the package of being human…the inevitability of aging?

This is becoming my most current experience and my latest energetic experiment, if you will. As you may be aware, I have a deep connection with ascended master Yeshua (Hebrew for Jesus). About a year ago, Yeshua suggested that I read up on the real history of his tribe, the Essenes, a powerful advanced spiritual community with roots in Egyptian, Indian and Celtic mystical traditions. I sort of spaced out on this task, but fortunately, 3 people in a short time suggested I read “Anna, Grandmother of Jesus” series by Claire Heartsong.

So I got the hint! Partway through this beautiful channeled story, I read about how Anna and other Essenes had practiced the secret “Rites of the Sepulchre” where advanced initiates learned how to sustain and suspend the physical body whilst their consciousness left, allowing the unique opportunity to come back to re-inhabit the body! Reportedly, Anna lived nearly 500 years in this way.

And then Anna said this simple sentence: “Every month I practice unplugging from aging”, and I instantly KNEW that I could also do this too! Whether it jogged an ancient memory, or I tapped into the Akashic records, I am not certain. But I was certain I had that knowledge somewhere within me, and also that I would find a simpler and quicker version to accomplish this than what the Essenes had to go through in the full Rites.

Though I had no clue how, I awoke Kumara and guided us both through the first stage of the Unplugging from Aging process. We both felt exhilarated at the possibilities, and instantly felt a subtle yet undeniable shift, though it was hard to describe exactly what we accomplished.

This process was way more than removing a limiting belief from our mind. This involved moving our energetic alignment out of the electromagnetics of the Earth and re-connecting to our Cosmic being and Source energy more precisely and directly –not something I ever contemplated. It was not even that it was difficult exactly, but the amount of FOCUS it required was extreme, and thus at first we both were only able to hold the new alignments for a few seconds.

Even so, the next day, I was feeling SO much stronger in my body and way more flexible already. It didn’t go unnoticed; as my yoga teacher commented that I “improved 40% OVERNIGHT” and wondered what I did!

For months I practiced this very advanced process mostly by myself as the guinea pig. Finally, I felt ready to share it with a small group of my long term Energy Alchemy students at a 2 day retreat so I could be on hand and support them if something strange happened.

I was very pleasantly surprised, as it seemed that all of my preparation allowed them to more smoothly and quickly glide into the new alignment to Well-Being and Source connections. So I am now guided to teach this in the third level of my Divine Human program.

As I practiced this new technique, I noticed other major changes which I had not initially realized were connected. Though it was not like taking a magic fountain of youth pill and reversing the clock to 22 year old suddenly, but in this new alignment my RESISTANCE to making the healthy choices was nearly gone!! All the changes I wanted to make for decades like eating better, juice cleanses, regular exercise, not over-working, more self-care and nurturing, and regular bodywork all began happening. I still had to take action and do them, but that became so much easier. It was no longer such a struggle where I beat myself up, felt really bad, got angry at myself, made ridiculous goals that I couldn’t keep, and failed miserably and was back at square one. Sound familiar?

In the past year since I have practiced Unplugging from Aging, I have lost 24 lbs. while not dieting or depriving myself, but eating consciously and simply, feeling totally satisfied and having fun in the kitchen–which was my LEAST favorite place. My husband looked over at me in yoga class yesterday and was “shocked to see how youthful your body looks!”

Similar results are confirmed for my other advanced students as well. Constant pain from a torn shoulder disappeared, and was replaced by bliss.

Several students also reported more self-love and self-nurturing activities. “A lot has been shifting lately, not sure if directly related –my Love for self has increased and with it I have started making choices that resonate with honouring my body and my needs/desires.

For some it happened a little later. “I remember doing Unplugging from Aging process once at home and I became quite ill with ZERO energy, and suddenly I was able to function, my energy levels were back and I was OK!  It was a turning point!”

A Practice Not a Magic Pill

I struggle sometimes to authentically express the possibilities and potential of this amazing and powerful technique, as I know how people tend to think that it should be like a magic pill and POOF and we are back to our 20s in our prime, the Hollywood notion of perfection.

This year for me personally has included some very real physical challenges with back pain mostly. My husband also has had serious cardiac health issues. Yet truthfully, these processes had been happening for many decades, and the difference seems to be that we are now acknowledging them quicker, and taking appropriate actions on all levels. Even though I knew I had these issues for years I had not dealt with it.

The effects can be far reaching even in times of crises. Another student shared:

“Even though I am going through one of the hardest challenges of my life, becoming a single mother handling everything, when I do unplugging from aging process, I feel more energetic and vibrant, and more peaceful and balanced. In addition to the emotional upheaval of divorce and all the extra physical work, I am supporting my sons through anxiety disorder and melanoma while surviving on 4 hours of sleep a night. Remarkably I have been able to still work full time, without getting sick or breaking down, and to be strong for them…so I believe this certainly helped. PS My sons’ friends all thought I was 20 years younger, like their mom’s in their 40s, as I am much more active, alive and “cooler” (i.e. more youthful) than their moms!”

While I mentioned that the underlying resistance to committing time, money and sticking to a treatment plan is way less, perhaps equally significant is how manifesting the money and freeing up the time to incorporate these changes has been way easier!! A few years ago the idea for either of us to take 6 weeks to go to Ayurvedic clinic would have been impossible; instead as soon as we heard about it from a friend, we began making plans and the extra money came in 2 weeks! Other students are noticing that manifesting is so much faster and easier also.

Shortly after I personally began to Unplug from Aging, I saw how Aging is a field or construct or mass consciousness belief that is closely related to beliefs in limit and lack. So the second piece I have been guided to play with once we unplugged from aging, and re-set our new energy alignments to Well-Being, was a process Yeshua called Re-Connecting to the FIELD of ABUNDANCE (more on this in next article.)

While this Unplugging from Aging is not at all a magic pill to reverse the clock in all ways, it is a powerful conscious practice that over time can realign your very core to more Source energy and balance, and help release your limiting notions and resistance to changing even though you know it is good for you.

As you consciously redesign your energetic attachments and impact from the 3rd Dimensional constructs we have associated with the earth plane of existence for eons, with aging being just one aspect, the sky is the limit as you reclaim your pure potential and Divine Human gifts!