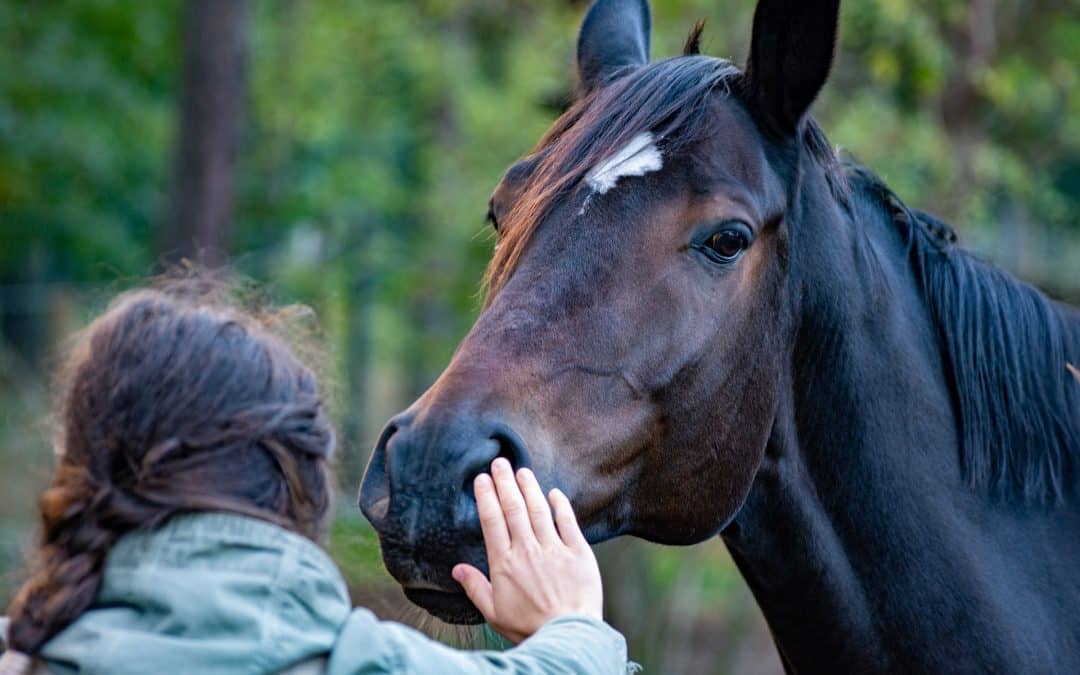 “Reiki works at the core level” was one of the principles I was taught nearly 30 years ago. I have witnessed this dynamic on many occasions, where we thought we were treating one issue or symptom, and a client’s deeper layer resolved as well. 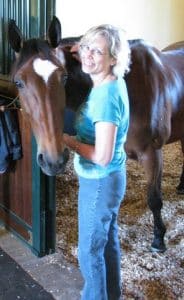 In this case, my client happened to be a gorgeous chestnut 14 yo thoroughbred Grand Prix jumper, and these results happened in only one session! Often the presenting problem is not the only thing that clears – an underlying issue can come to the surface and be released as well.

For 4 years, I performed long distance Reiki and animal communication phone sessions to address this jumper’s various lameness issues and minor health issues, often related to travel to Florida. On this occasion I was in Wellington at the Winter Equestrian Festival so I visited the jumper with my sister who was his vet for many years.

This was my first time meeting him in the flesh. The gelding had just arrived from NJ and no one was around. He seemed increasingly uncomfortable, and at first we just thought he had a rough time traveling, and adjusting to the new routine and environment.

He never was fond of the FL scene as I recalled from our sessions. Not enough turnout where he could hang out in grassy pastures with trees. But he was beginning to show more than general signs of stress; he began to have diarrhea, was looking often at his sides, and we both agreed he appeared colicky. She called the groom, and I continued to send Reiki. She then listened for bowel sounds (or lack thereof) with her stethoscope and it was consistent with a colic diagnosis. In horses, colic can be fatal.

Now both of us were treating with Reiki–my sister has Reiki Level II–while awaiting his groom to arrive at the barn. The most obvious area to treat was the gastrointestinal tract, and the distress symptoms continued but were lessening after 15 minutes. Scanning with Reiki over other areas of the body, I noticed the jumper had an area in his neck that was energetically blocked. My vet sister confirmed this and told me he had stiffness in that area for over 8 years, and the vet who treated him previously was also aware of it and none of the veterinarians had been able to successfully cure it. 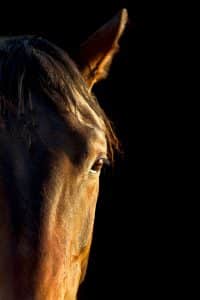 The neck blockage felt like the source of the problem to me, much deeper and older than the colic. By this point he had his head down by my knees and I began to feel him becoming quite emotional. I felt lots of sadness coming up, and I asked him why.

I received an image of his ear being twisted, and heard the horse pleading “please tell them I will do what they want if they just ASK – they don’t need to twist my ears, PLEASE! I can understand very well if they just explain what they want.” It is a common practice to steady a horse when doing difficult or painful things like giving shots, dental work or other potentially dangerous operations with a horse to use a twitch around the lips or very sensitive ears and hold them steady.

The groom arrived by now, and I spoke these insights out loud to her. She agreed to tell him what she needed of him and not twist his ears. It seemed that the twitching had happened before she was his groom. The jumper let out a lot of emotions, making me cry actually as I felt it, and the tightness in his neck was significantly improved, however still not totally released.

My sister was giving Reiki to both sides of his neck at once, hoping the horse would move freely and self-adjust through moving his neck sideways but he wasn’t quite ready or able to let it all go. By now he had passed some manure and the colic symptoms were rapidly clearing. I suggested the groom take him for a walk to let him move it out a bit as he had released a lot of emotion and old pain.

He walked out of the stall fairly gingerly and short-strided, but when the groom came back down the lane toward us he was walking very boldly. My sister exclaimed “I have NEVER in all my 8 years of knowing him seen him walk that freely and extended.” The Reiki not only helped shift the colic very quickly, but removed some old neck issues that had plagued him and stumped the vets for years. My sister spoke to the trainer the following day, who also noticed the change in stride immediately and acknowledged the jumper was moving sounder and more evenly than he had in many years!

Reiki enabled the layers of physical, mental and emotional blockages come to the surface and release. As animal communication helped to express and acknowledge the emotional feelings around the frustration and pain of having his ear twisted, he was able to release the physical stiffness in his neck. It seemed to me that trust was just as important an issue as the pain of the actual ear twisting. The gelding prided himself on being extremely smart and cooperative in nature and felt he didn’t need to be treated in such a callous and uncaring way, without giving him the benefit of the doubt and explaining what was required of him first. Once all of this old trauma and emotions were conveyed, and the groom agreed to talk to him first to get cooperation, he was able to release many layers of emotional and physical blockages. 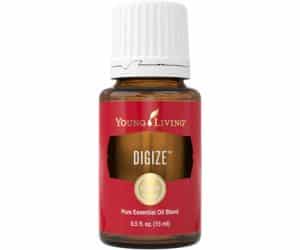 Essential Oil Tip for Colic: If I had it with me, I would also have applied Di-Gize, a powerful yet natural blend of medicinal grade essential oils that has been very beneficial in treating colic naturally in horses and humans! When I am visiting a barn, now I don’t leave home without it!

This blog has been updated from it’s original posting date of May 25, 2010.