Mountain Lion Lament or “Out of Egypt” 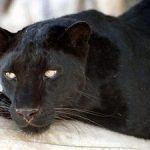 Another dream come true! I am thrilled to be teaching next month at one of the most exquisite animal sanctuaries I have visited–Panther Ridge Conservation Center in Wellington, Florida.

About a month ago I had the great good fortune to visit Panther Ridge, as my sister, an equine vet, was taking care of some show horses boarded at the sanctuary. I visited with a mountain lion in a large habitat who was resting in an igloo sort of structure. I sat down quietly to observe him and almost immediately noticed that he was morphing before my eyes to an Egyptian looking image.

The cougar began telling a story about how revered cats were long ago in Egypt. He described how humans recognized that felines were very advanced souls, and how these proud cats would walk among humans without fearing each other. Humans were not hunted at that time by the great cats, in fact the lions were used to help humans hunt other smaller prey animals.” With great dismay, he added “humans do not recognize our spiritual majesty and therefore the relationships have suffered greatly, to the point of terror and attacks.” He appeared quite dismayed and affronted by the current state of affairs between our species.

This mountain lion had the air of a great and wise philosopher, and when he saw that I was catching every word, he came out of the igloo shelter to get a better– and I might add– surprised look at the odd human who was actually listening to his lament.

Still amazed by the exchange, and wondering if it could all be true*, I continued on to the next enclosure of a small African tree cat, who immediately piped in that he had “no interest in the old man’s philosophy and lectures about the past…all I want to know is what is the dinner menu!” Further he added how boring the mountain lion was to him –always talking about Egypt and the “good ole days”. Clearly not all big cats are philosphers and avid historians!

*(The next day I asked a friend about this outlandish tale, and she confirmed the story adding that people used to carry big cats wrapped around their shoulders to go hunting in the desert.)

I boldly shared this story with the Sanctuary’s founder, Judy Berens– risking the fact that she may dismiss me as a total nutcase. Judy proceeded to ask me to speak to all of her cats one by one, ending in a once in a lifetime romp with two 3 month old clouded leopard cubs. Pure bliss!

For more information about the workshop, please visit www.kumarihealing.com/events.