How to Increase Your Intuition: Part I

Last night I was teaching my Mastery students and sending long distance Reiki healing to one of them while on the phone. I began sharing some detailed information I received from their body. Then I attempted to explain “how” I received the information so they could benefit and I realized there are actually some key steps involved that could help everyone understand their own intuitive process more deeply.

So I will attempt to break the intuitive process down a bit and describe some of the essential pieces I have learned and practiced over the years that are now as natural as breathing. 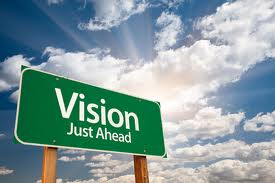 Just say the first thing that comes without judging it or even understanding where it is leading or what it may mean. Be in the present noticing the subtle sensations and perceptions of your own experience with that person or animal opens the flow of more intuitive information and inner guidance.

In this case it was a feeling in my stomach that had not been there before. It came as soon as we sent Reiki to someone so I assumed it was about her energy blockage. I tend to feel things in my body to alert me to what is happening for someone else, but I have to rule out my own sensations and my own healing process that may be separate from the other person.

Very often offering the first impression or sensation or even visual that we receive can be daunting as we have no idea yet what it means. And this is key—don’t worry about knowing the whole story at this point; you don’t even have to have a clue what it means.

“First thought- best thought” my teacher always said. Just offer your impressions. Let go of trying to figure it all out and sounding “reasonable” and logical and knowledgeable; or even sounding “intuitive”. Just offer the first thing that comes. Whether it is a thought, a feeling or sensation, an image or piece of a picture, or a direct “knowing” or whole concept that just downloaded.

It is very unnerving at first as the analytical mind wants reasons and explanations all figured out in advance. But this is not the way of the intuitive or channeling process. It is about opening and trusting the flow of ever-present higher wisdom and being willing to move in that direction, one step at a time. 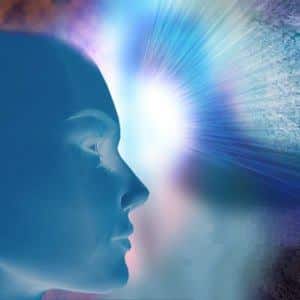 Even if what you are sharing is so small and seemingly insignificant, it can carry you to the next awareness, the next piece of information, the next sensation, and that is all you need to get started.

This one piece of wisdom created a huge breakthrough for one Mastery student. She is a skilled massage therapist and often got intuitive impressions during sessions, but often didn’t share them in the moment because she thought she needed to have more understanding of where it was leading.

Keep it very simple, very step by step. One piece at a time can lead you to an amazing unfolding understanding. But it can come in small bites, and as you are more willing to share the tiny puzzle pieces as they are, whole universes unfold.

3. Trust
I realized the perception my students were having was they had assumed that I was getting whole downloaded stories with all the pieces up front. It comes out seemingly very smooth and probably appears that I know where I am heading. Nothing could be further from the truth!

So often the effort and commitment is just to begin speaking with the willingness to share, without much of a sense of what will come forth. Many times I realized that I have no clue what will come out of my mouth, but over time I have developed such a deep trust that if I take one step into the stream of knowing, the stream will carry me.