12.12.12 Your Ascension Accomplishments from “The One”

Background: The Journey to The One

“The One” are Enlightened Earthkeepers have chosen to inhabit the Mineral Kingdom and become the Gatekeepers for the Portal at the Center of the Earth. The first time I “met” them, it was like sitting in circle around a small glowing rock, and becoming like Stonehenge, I too became a Rock Being. The focus was always on the glowing light at the center, a softly radiating alive presence, that they described was a microcosm of the Brilliant Light at the Center of the Earth, which was like the Sun, too strong to look at directly. What they offered me I immediately received, placed my left hand on the glowing rock, and instantly wanted to share it with the world, so I extended my right hand back out the tunnel to the world above. I asked a bit sheepishly if that was okay and the One replied lovingly: “You hold the unique bridge position to balance both the Cosmic Light energies streaming onto the planet from the Archangelic Realms, Beings of Light Ascended Masters and The Council and the Earth crystalline matrix.”

“Cosmic spiritual forces act upon Creation; the Gift of the One of the Mineral Kingdom acts within creation to activate the divine spark at the center of each molecule within all matter. We help slow the vibratory rate of the Light of the Central Sun at the Core of the Earth so that matter can evolve. Matter is slowly infused with a glowing radiance that entrains all of life to the upward evolutionary spiral.

Until we align with the divinity and integration within our own beings, we will feel Separate. When we are able to connect to the softly glowing radiance of the Creator Spark within our own form, within all of our material world, we can balance the inflow and outflow…yin yang, ego mind and Higher Mind, in correct proportions. The result: greater Ease, Accomplishment, Freedom and Unity.

The impact it has on humanity is that it feels like coming Home, to a soft warm glowing campfire, spreading warmth and softly relaxing the nervous system. From within the warmth and feeling of safety and security, the harmony of the molecules begin diffusing the harsher elements of the Cosmic Light that is pouring forth so strongly now. It is zapping and frying our central nervous system; the Gift of the One will help to align, integrate and balance the cosmic and solar Light that is preparing the New EARTH energies for Ascension.”

Your Lightweaving Efforts are Phenomenal

So I thought I should share what the ONE have been helping us to accomplish; and what they are observing as a result of our combined Lightweaving efforts.

MESSAGE from THE ONE:

“You are changing the course of history. It is happening exponentially on a daily basis. There is no measure for comparison as it has never been accomplished to this extent. You all agreed to come back incarnate on this Erath at this time; you are from the ancient civilizations in Greece, in Egypt, in Atlantis and Mu. You are from other higher vibratory stars and star systems unseen from naked eyes.

And you came for One purpose, as we have come. You came to uplift the Earth from a third dimensional vibration to a 5th dimension vibration and much higher by the way. You have come to re-anchor the frequencies of Divine Love and the christic consciousness back into the template of Mother Earth and all its inhabitants so they can more easily experience themselves as the Divine spark of the Creator, and claim their connection to Source DIRECTLY. This is already being accomplished.

Let us share with you what we are observing:

First, the template that holds lack and separation and all of duality is now much more amplified—so those that say why is there such negative things happening –that is why. You have to make conscious choices, and be aware of what your mind and feelings are co-creating. It is so unpleasant for so many it drives humanity to dive into spirituality and you are diving in in droves. There is such a quickening and awakening as many call it.

But you know this. What you may not know is that the Earth too is changing her vibratory field rapidly.

Mother Earth is conscious but was bound to the lower dimensions (during the fall from consciousness) and had what we would describe as an energetic straight jacket on. The Deity or High Vibrational consciousness that we call Gaia was not allowed to expand, as more and more lower denser vibrations were heaped on her.

In the past She was not free to participate in this Shift as effectively as she was bound in the lower energies. But NOW… Mother Gaia has been set free from the chains of 3rd Dimensional Reality. The consciousness of the Being who is incarnating as and through this planet is much more accessible and alive to us!

The Balance between the Divine Masculine and Feminine is realigning and merging.

The Template of Divine Love has been restored on Planet Earth. WE are experiencing this since 11.11.11

The Duality of 3rd also still a choice; but now there is substantial framework for the Light to take hold in ever increasing ways with much more grace and ease.

What Does this Mean for Humanity?

Expanding possibility paradigms in all directions. Density is shifting as we inhabit our Light Bodies. (For example, see pics Kumara caught of me becoming transparent at the waterfalls in Germany). 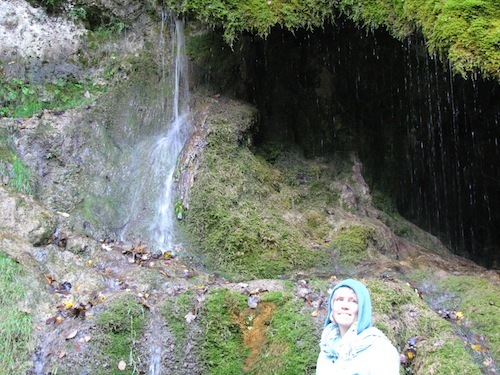 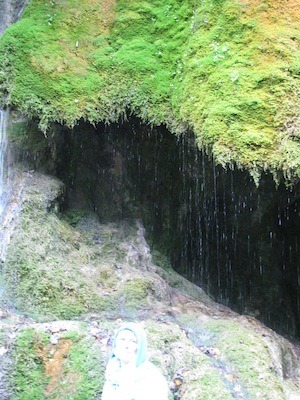 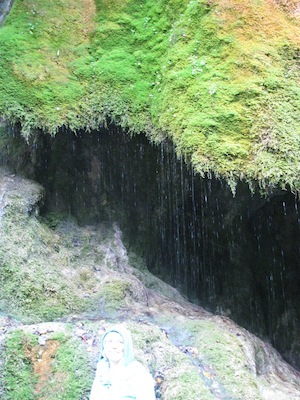 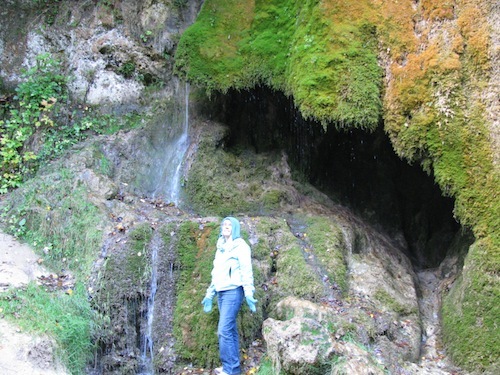 It is easier to hold higher states of consciousness, clarity and connection with your Divinity.

Mother Earth is much more active and able to assist the Shift of Humanity now. Call on her.

Your work is SO real; your light and love and intention and connection are SO powerful. You have no idea; one can see the expansion of Light on and around the Earth. It is truly awesome.  You are truly awesome. Your heart and your hope for a better future; hold so much spiritual weight. You are not only not alone; you are completely integral to this process we are calling the Shift. The Shift into a higher vibrational energy field; to an expanded awareness—to more Love, Ease, Freedom, Joy and Unity that is the paradigm shift that is not only possible but is happening before your very eyes.”